It  was the Cultural Center, its name engraved on a wall outside, in 2 words whose very significance I’d been heavily invested in all year. The studio apartment-like restaurant whose design resounded my own dreams of the house that I’d for long wanted to be mine- the open french windows which let in a generous amount of the chilly, fresh, Fort Portal air; the environmental-friendly, wicker-made lamp holders and the polished wooden floors and stairs on which you could sit and read all day. 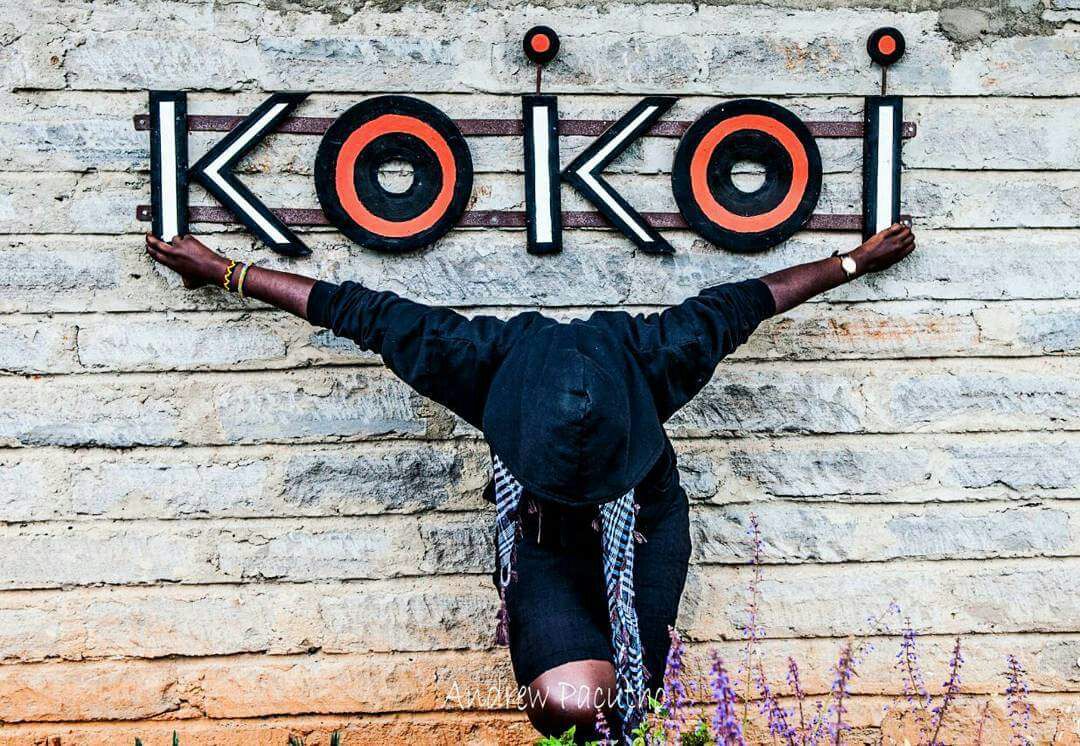 It was the initial sight of the beautiful Rwenzori mountain ranges between which a brewing ugly dispute was about to erupt. A dispute whose gravity we’d not fully know until we’d returned from its scene. It was the smooth winding roads- a steady progression to the frail, cracked Equator circles, photo moments at which induced fresh smiles and the silliest poses. 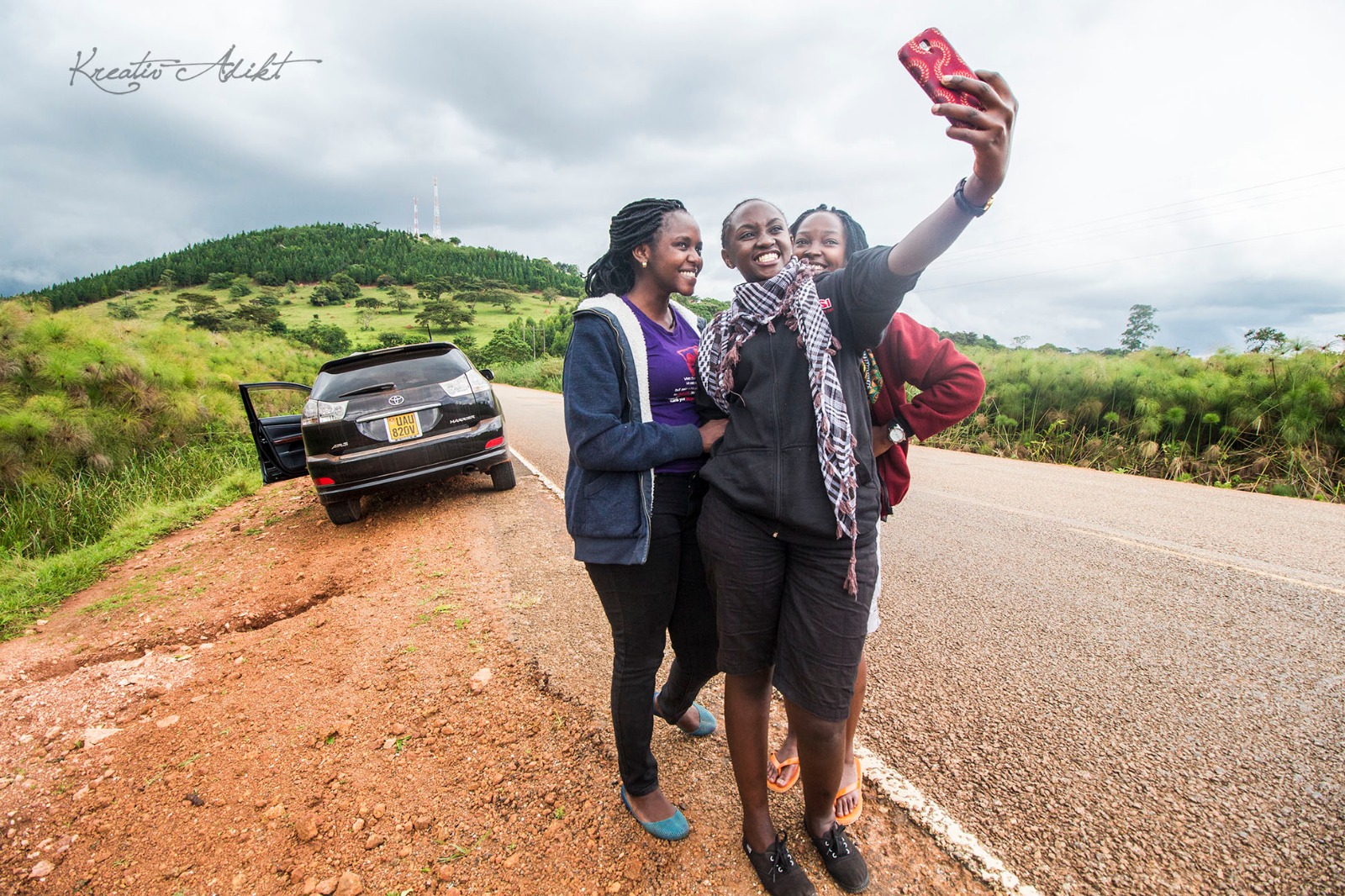 Selfies were taken on the road below the mountains 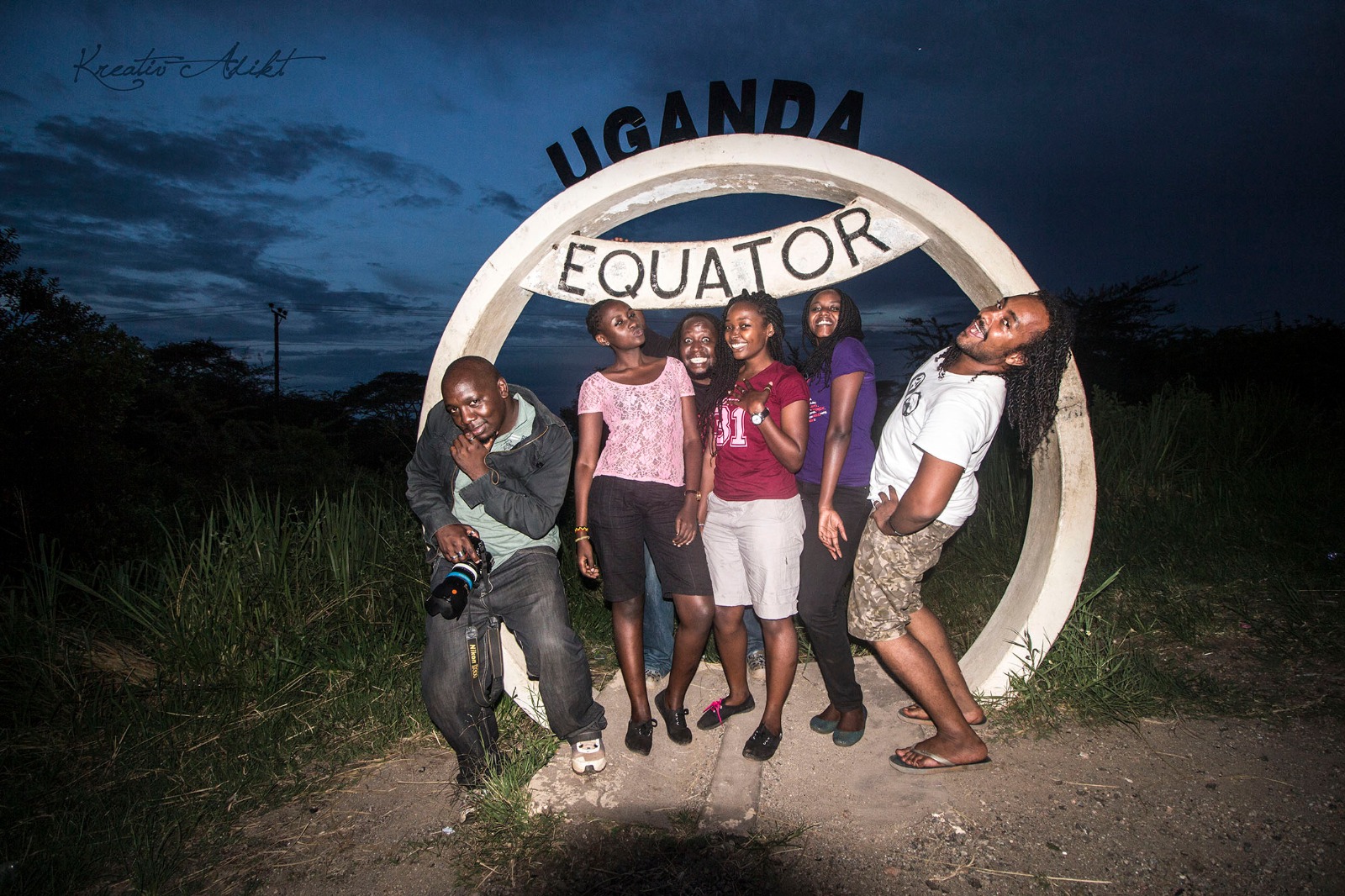 Part of the #KoiKoiWest crew

It was my nostalgic glimpse of the high built bridge above that channel which like a mediator flowed between Edward and George. The memories from 2003 that came rushing back creating an excitement that even I had not anticipated. The familiar sounds of the locals’ conversations in a language that I could speak and understand. 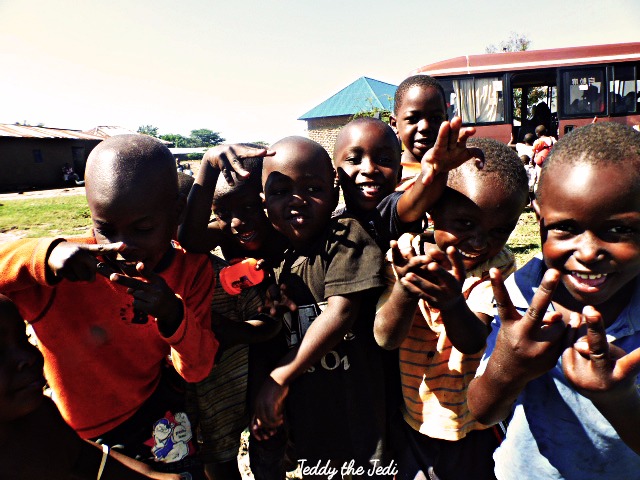 The kids are always up for a good photo moment

It was the cozy piece of elaborate, lodging architectural design, arrival at which we’d found the staff assembled- holding out hot towels and serving fresh juice with smiles so wide. The scrumptious dinner by Chef Simon of the impeccable culinary skills as we’d all later be reassured with every meal. Lounging couches against the walls, the tree trunk built tables and the large dining room that spread further into the space. 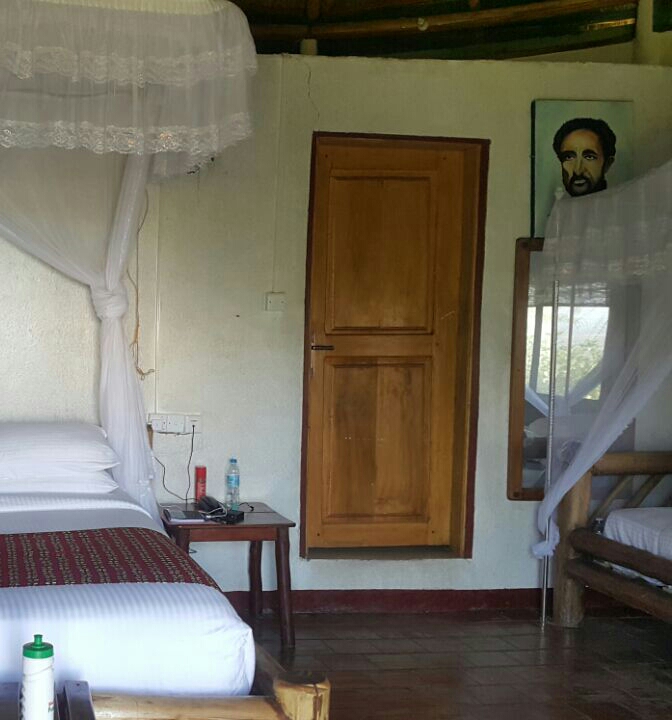 The Emperor stood watch all day and night 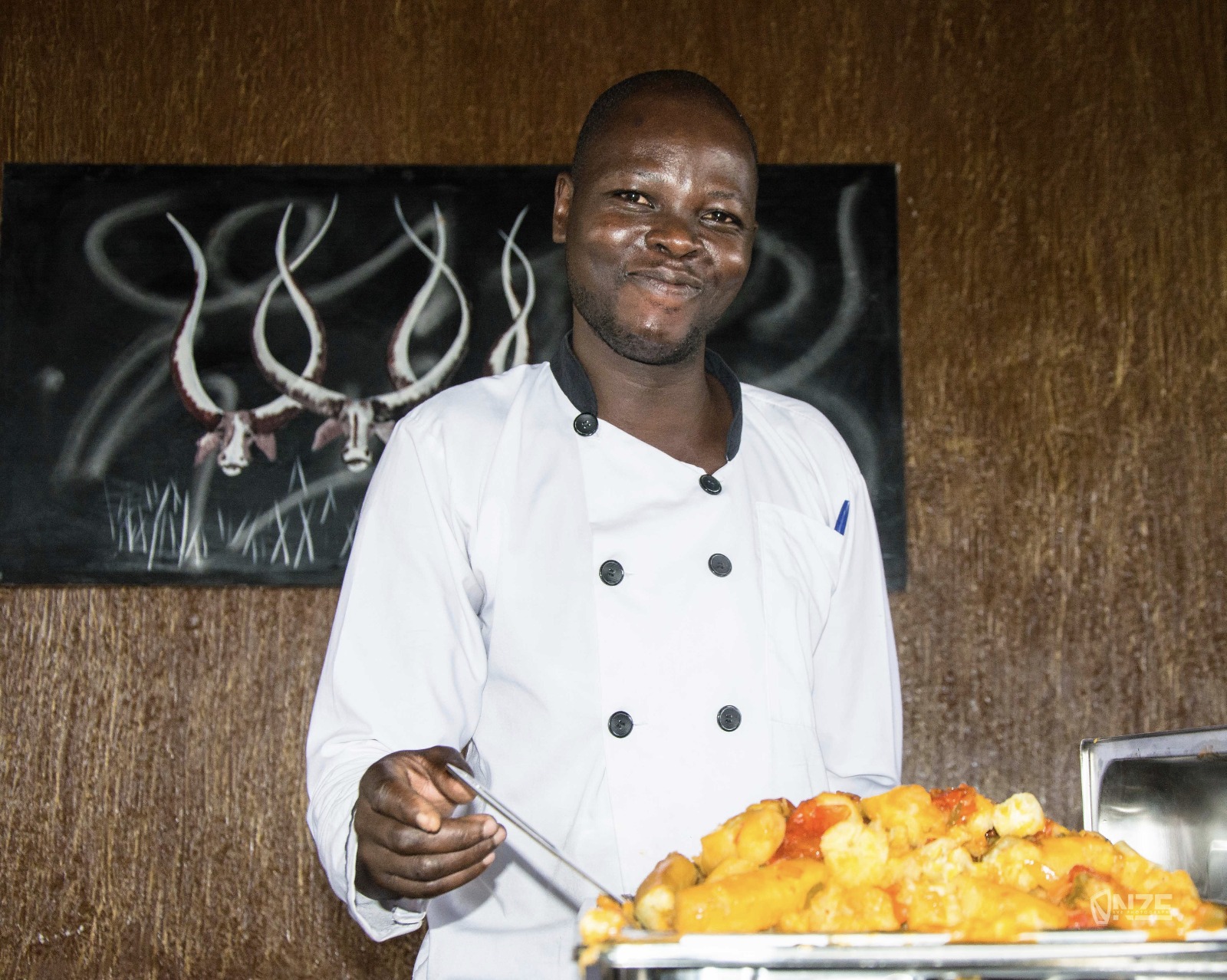 Chef Simon is a kitchen genius

It was the painting of Emperor Haile Selassie, that stood protectively on the wall right above above my pillow. The long bath tub in which I’d soak my fatigue away and the soap whose use after which left the skin feeling like silk- a feeling that was carried forward to my bed as I got in between my sheets. 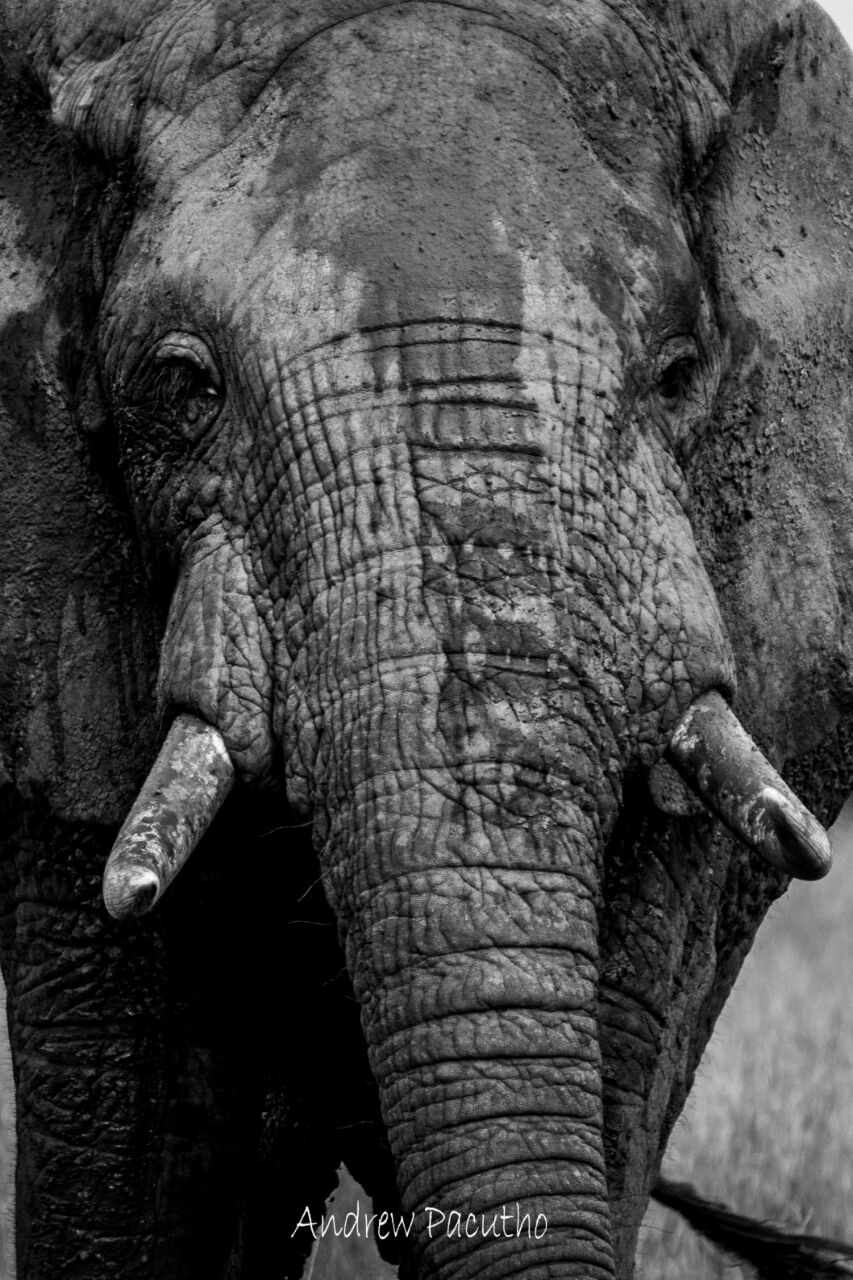 It was another encounter with an elephant’s superiority- this time an infuriated one whose warning trumpet, ear flapping and foot stomping had Pipes turn into a Formula 1 driver. The baboon which reached for the Kreativ Adikt camera which held the card on which most of the pictures herein were. Luckily for us, the baboon’s efforts were futile. 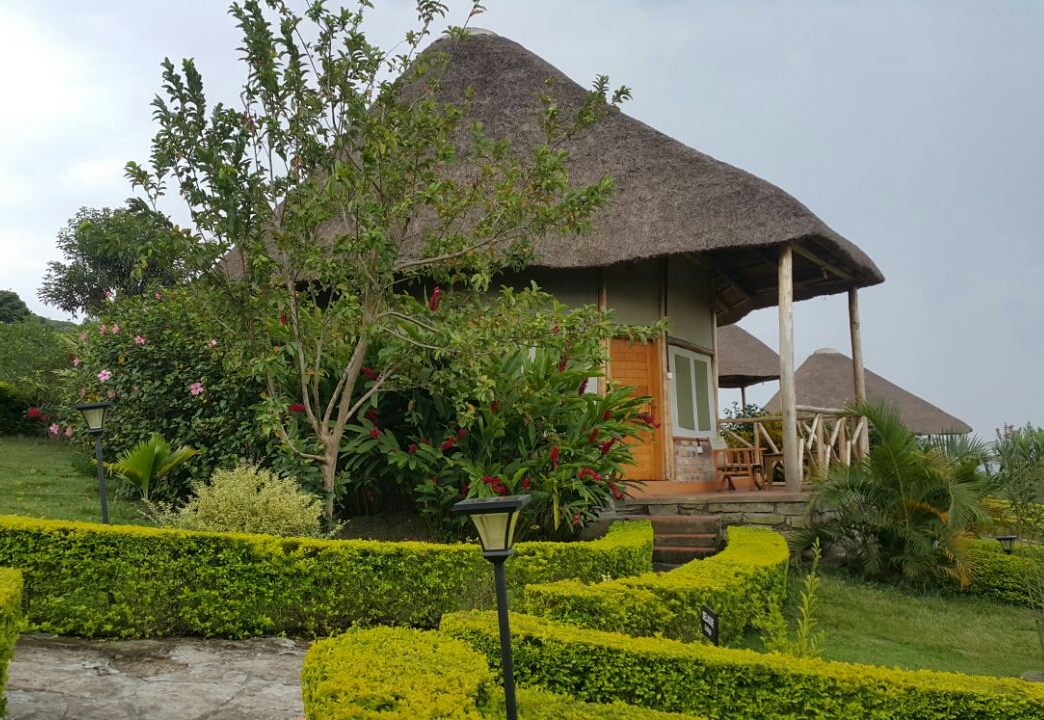 It was the way the sunset met the waters at Kazinga Channel boat cruise; several times, each time with a deeper, darker intensity. It was my sun-kissed melanin that in turn gave off a fierce dark chocolate and prompted me to indulge in the vanity of multiple selfies.

It was my cabin’s patio that overlooked a wide expanse of the Queen Elizabeth National Park- bringing to life the nomenclature of the home away from home haven that is Park View Safari Lodge which we called home for 2 days. It was the cozy camping chair in the corner of this patio in which I sat and scribbled some of these notes…

My Home Is A Mess