Geoffrey “Kampala” Muwonge is a University graduate and one of – if not the most – successful young man at this landing site.
While his wife runs a shop and takes care of their only child in Nansana on the outskirts of Kampala where he has built a house, he spends time here working for their future in the fishing business.

While we speak, 4 young men who he later hands some money approach him. These are the fishermen he employs to spend days and some nights on the lake catching silver fish widely known in Uganda as “Mukene.”

He seems to be doing well, so I ask about the young men his age; his main worry, they’re spendthrifts. Really? I wonder looking around wondering what could be extravagantly spent on here. Yes, he affirms saying they spend most of their earnings kubakazi (loose Luganda reference to promiscuity)

At Gerenge Fish Landing Site on Lake Victoria, the major commercial activity is evidently, fishing. From the boats out on the lake, the nets on the shore and the silver fish hanging out to dry in the sun, the lake shore is bustling with fishing activity.

There’s however another popular activity which aids the exchange of money; prostitution. 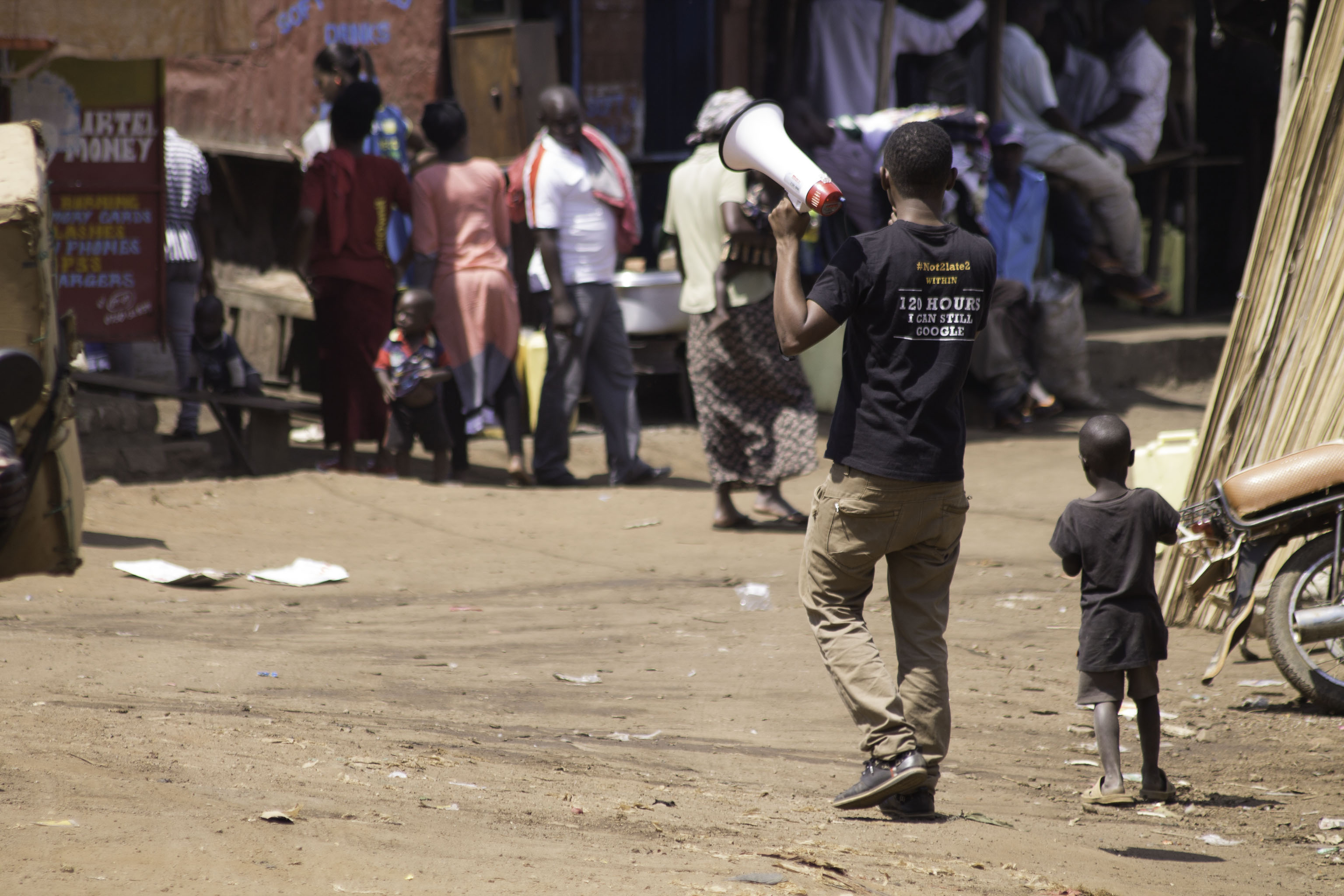 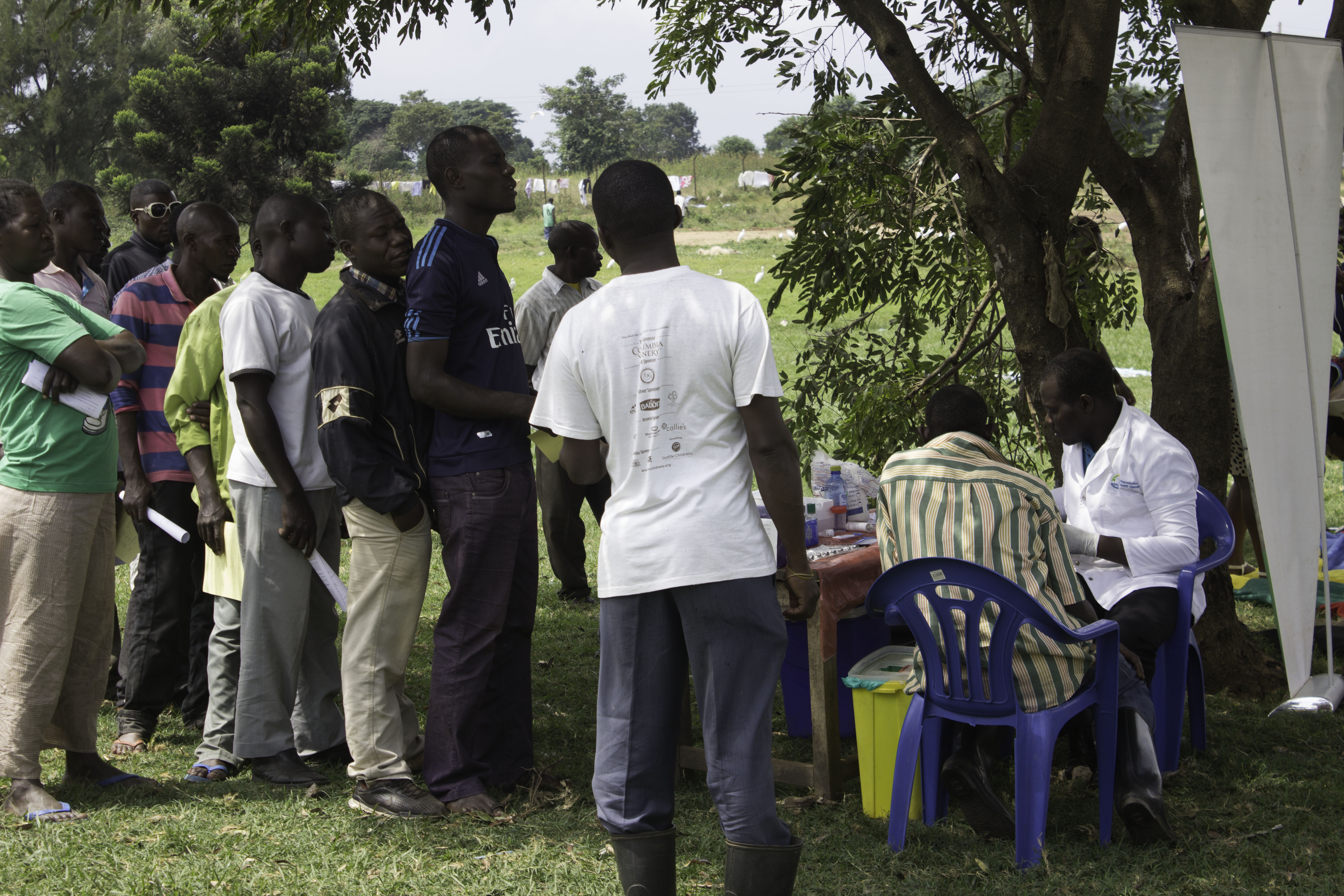 Residents of Gerenge queue up for HIV Testing after counselling

It is within their mission of enabling universal access to rights based sexual reproductive health information and services to vulnerable communities that Reproductive Health Uganda has reached out to sensitize and create awareness on safe sexual activity as well as meet their diverse reproductive health challenges in a 2 day outreach dubbed #SRHROnWaves.

Many have warmed up to the services and are visibly interested. There’s a queue at the HIV testing tent, almost everyone has received a box of male condoms or and an excited crowd can be seen at the point where illustrations on female panty condom use are. The door to door home visits to preach the family planning gospel are ongoing and again, many residents are receptive. Others on the other hand have reservations and misconceptions.

Demos on how a panty condom is used 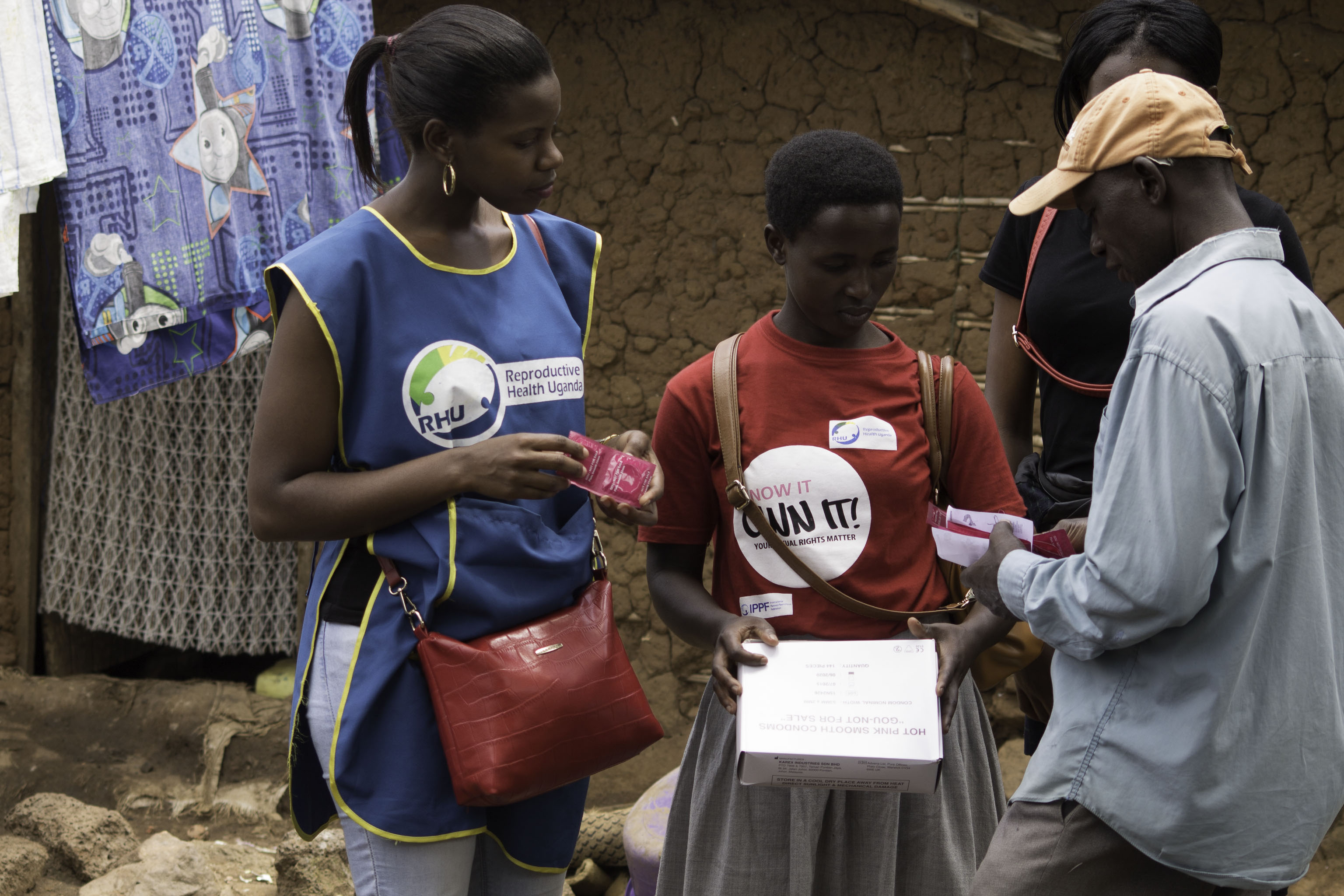 One woman, mother of 3, argues that child birth is easier than having a metal inserted into her vagina for cervical cancer screening and in a distance, I hear 2 young men tell a peer educator that condoms cause cancer. Nevertheless, at the end of the day the people are happy.Many walk around excitedly with a box of condoms tucked under their armpit folds. More women are being screened for cervical cancer and the registration lists at the HIV Testing tent have been exhausted.

Geoffrey asks, Naye mukomawo ddi? Translation: When will you people be back?

GULU: A Tale To Tell

Why Only Telling Our Good Story Might Not Help Us